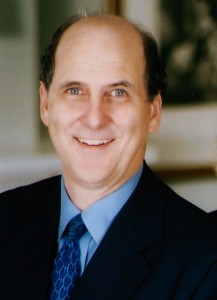 Jack is a Certified Business Economist (CBE) in business economics and data analytics and is a frequent speaker on business and regional economic issues. Jack is regularly called upon for his expertise by the national and international media. These include The Financial Times, Bloomberg News, CNBC, The New York Times, Barron’s, Fox News, National Public Radio, the Wall Street Journal, USA Today and The Washington Post.

He is a past president of the National Association for Business Economics (NABE), the largest international association of applied economists, strategists, academics, and policy-makers committed to the application of economics. In 2008 he was awarded the title of Fellow by NABE for his outstanding contributions to the business economics  profession and leadership among economists.  Jack is adjunct professor of economics at the Case Westerm Reserve University Weatherhead School of Management.

Jack serves as a board director to the National Bureau of Economic Research, the nation’s leading nonprofit economics research organization. Jack is currently a member of the U.S. Bureau of Labor Statistics Data Users Advisory Committee.   He is a member of The Conference Board Consumer Dynamics Center Advisory Board and a member of the University Hospitals of Cleveland Investment Management Committee.

Kleinhenz lives in Cleveland Heights, Ohio with his wife Karen. They are the parents of five children.